4 Things You Must Know Before Doing…

2020 Armada: A Well-Rounded Crossover SUV from…

What Does Chevrolet Pack in the Lineup…

How Appealing is the 2020 Edition of…

Coping With Car Accidents in California

The Impact of Uber Accident Injuries in…

4 Things You Most Likely Need in… 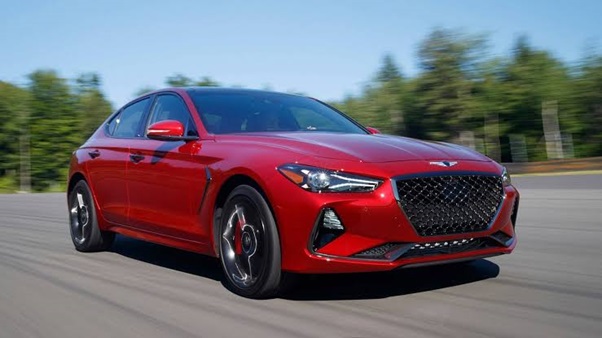 If you are having the notion that those beautiful sedans are seeing their last days, you are certainly wrong. Had there been no grand market waiting for these sedans, brands like Genesis wouldn’t have been making more of them, making the sedan market filled with pride. If you still have doubts, you can take a look at the 2020 model year of Genesis G70 that has thrown a tough competition to its fellow brands that were so far ruling the segment of premium luxury sedans.

The current market of luxury sedans even after being paralleled and in some cases outshined by the crossovers, has taken an abrupt uphill turn and much of the credit for this should be assigned to the luxury brand wing of Hyundai called Genesis. As revealed by one of the sellers of the Sicklerville Genesis dealer, since the 2020 model year of the Genesis G70 has rolled out of the shade, it is spinning around the roads of New York as well as in New England while other countries are simply awaiting its launch in their own sedan markets.

The 2020 G70 is thus rolling in popularity as it steps on its third generation from the house of Genesis, that is now known for its mastery in designing awesome compact luxury sedans that holds some really sporty spirit.

The four-door luxury sedan makes a perfect choice for those who wish to ride a stylized car, but which is available at a cheaper price than that of other models of its own class. To fulfill the dreams of those buyers Genesis ensured a comfortable ride inside the luxurious interior of the 2020 G70 that not only pampers the passengers with its lavishly laid materials and creature comforting features but also cajole the driver with advanced driver assistance and high-tech convenience features.

Power to Glide Through

Following the current trend even Genesis kept the option of driving the 2020 G70 either with rear-wheels or with all-four-wheels while options are offered in engine power as well. You can either choose the 2.0-liter inline-four turbocharged engine making 252 horsepower and 260 pound-feet of torque, or the 3.3-liter V6 twin-turbo one that raise the horsepower count to 365 and the count of torque to 376 lb-ft. While driving with the former option will give you a peppy ride, the latter will make your hear beat faster by picking up a speed of 0-60 mph in mere 4.5 seconds.

When asked, the test drivers of the Sicklerville Genesis dealership were all-praise about its driving dynamics that includes a stick shift given an array of driving modes to click fit the different moods of different driving enthusiasts. Genesis installed all the right components to make this happen, like the  limited-slip differential that helps in decelerating more effectively, and the Brembo performance brakes in combination with those sporty exhaust systems that keep the G70 ever ready for every drive condition.

And all this is perfectly installed in a body shape that makes not only your neighbors jealous but also the other brands who had their lions share in the market of premium luxury sedans so far.

4 Things You Must Know Before Doing Business With Car Dealers

What Does Chevrolet Pack in the Lineup of 2020 Tahoe?